To mark its twentieth anniversary, the Galleria Umberto Di Marino is pleased to present, on Friday 24 June 2016, the final exhibition in the cycle entitled ten more ten devote to the gallery’s archive.

Onwards is the title of the exhibition and refers to the possibility of overturning the standard interpretation of the concept of the archive-space. The preservation of evidence ensured by a system of rational criteria gives way to a personal interpretation and free association between objects.

The exhibition can be approached from many different directions: a thematic approach, a chronological approach or an approach linked to the geographic and social context within which the research has been carried out over the last twenty years. The emphasis is on “naturalness” in the sense closest to the language of archives, namely the idea of focusing chiefly on production rather than on another space-time category.

Marco Raparelli sets up his space in one of Riot’s rooms projecting the animations that have marked the main phases of his artistic itinerary. The room is also characterized by a table with his artist’s books and other editions in a context different from that of an art gallery. 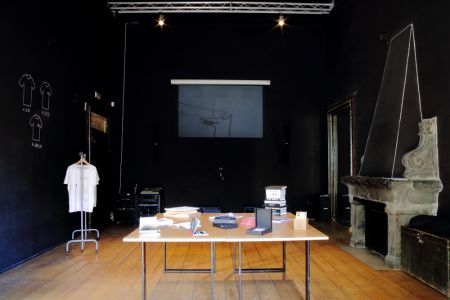 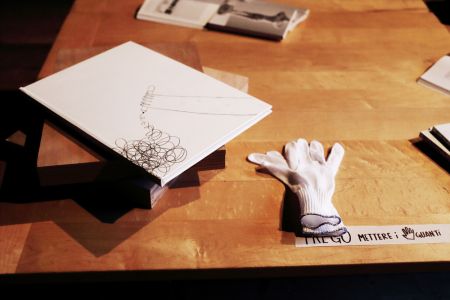 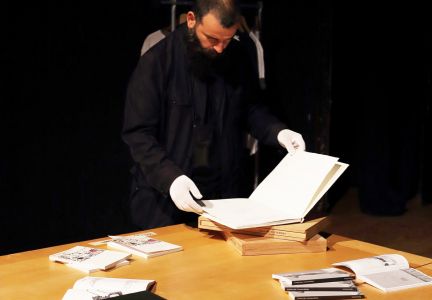 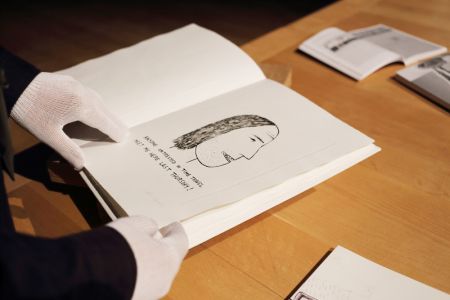 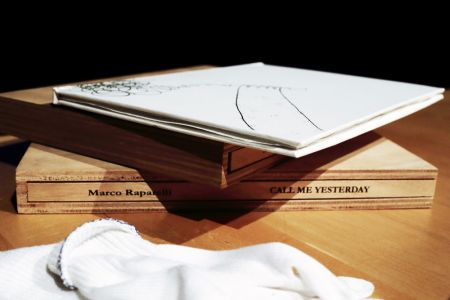 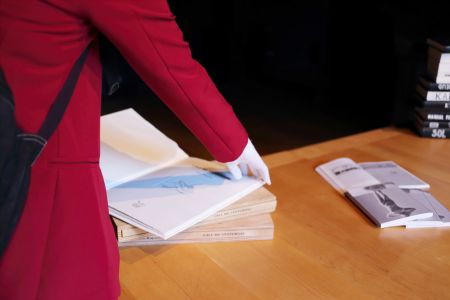 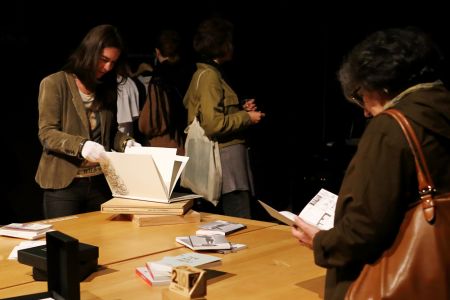 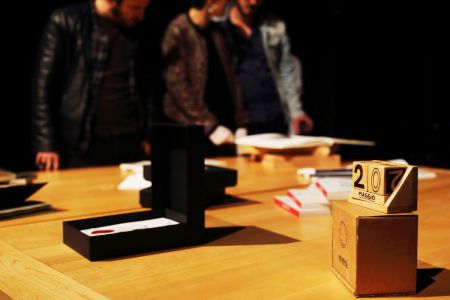 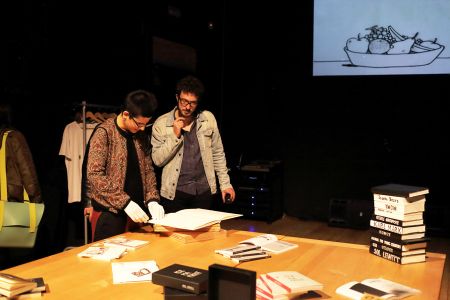 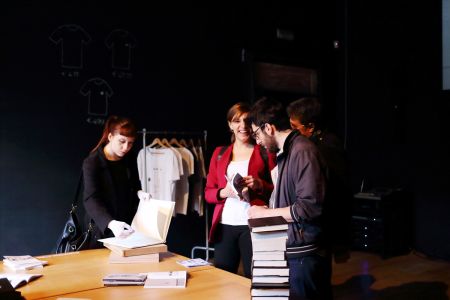 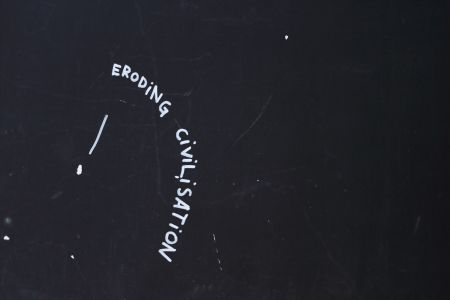 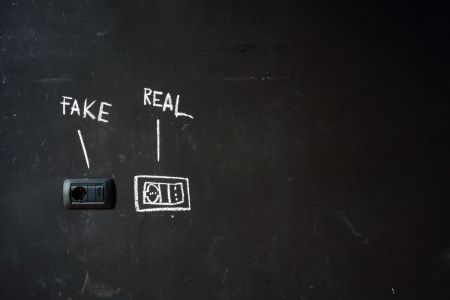 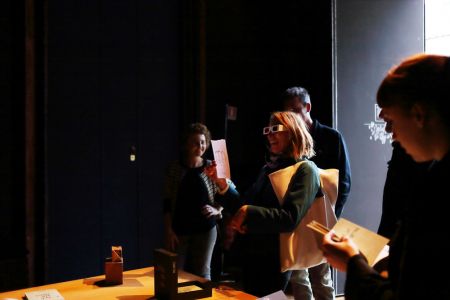 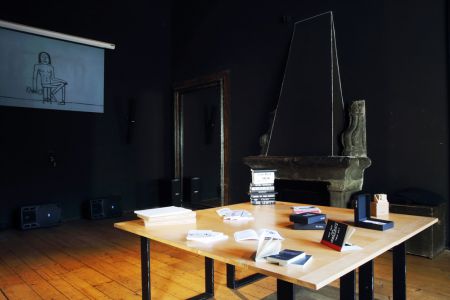 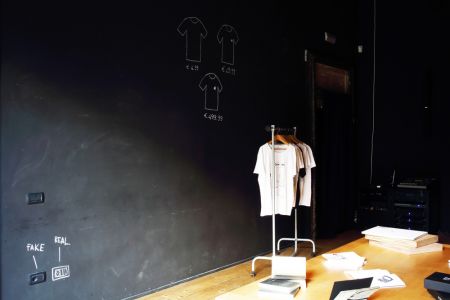 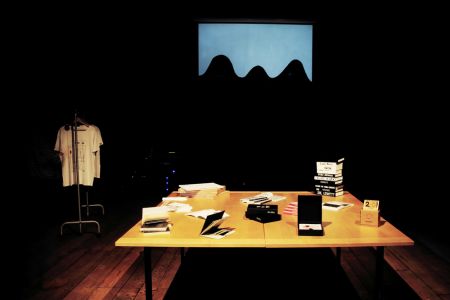